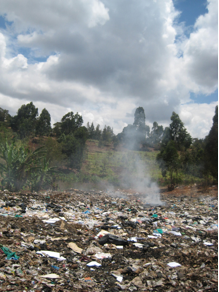 “The 12 dangerous chemicals” used in farming and industry is a list of banned substances whose presence in the environment causes serious health risks, more than 160 governments have agreed.

The twelve pesticides and industrial chemicals are targeted for elimination under the 2001 Stockholm Convention on persistent organic pollutants (pops). Trade in some of the chemicals can amount to billions of dollars a year. The UN Conference agreed they are so dangerous that alternatives must be found.

Just five years after this convention came into force, we have nine new chemicals added to the list of those that the world community agrees we need to control and ultimately get rid of.

Why the banned substances were exceptionally dangerous:

The chemicals can interfere in growth, reproduction, mental capacity and cause cancers.

In most cases, the question is not simply how do we control them, but how do we eliminate them.

Government at various stages of economic development differed on how fast they should be phased-out, especially when they are no alternatives.

Challenge was to resolve two conflicting objectives: harnessing the power of science and the chemical industry plus also dealing with their negative impact.

The inventor of the pesticide DDT won a Nobel Prize for medicine in 1948 because of it’s efficacy in killing mosquitoes that transmit malaria. DDT has since been found to be toxic and is banned as a pesticide for crops as one of the original “dirty dozen” under the Stockholm Convention, but it is still widely used to fight malaria.

Who would health organisation plans to rid the world of DDT by 2010 by developing environmentally friendly ways to fight malaria. In some cases, banning the chemicals will have little economical impact as they are no longer used and the question is how to manage and dispose them.

But even where they are still widely traded, the bans will create business opportunities in the search for alternatives. Transporting hazardous waste remains a question on hazardous chemicals.